We had the second French&Multilingual Playgroup on 11th January. As it was Saturday, some daddies also joined and we had a lot of fun!

We sang "Un Grand Cerf" in French and in German, too!
This song is almost the same as "A Little Cabin in the Woods" in English, but it's not a little man but a big deer who help a rabbit from a hunter. And then we read the book "Hello Kitty et la galette des rois" (Hello Kitty and the galette of the kings, in French) to see how they celebrate the day in France. 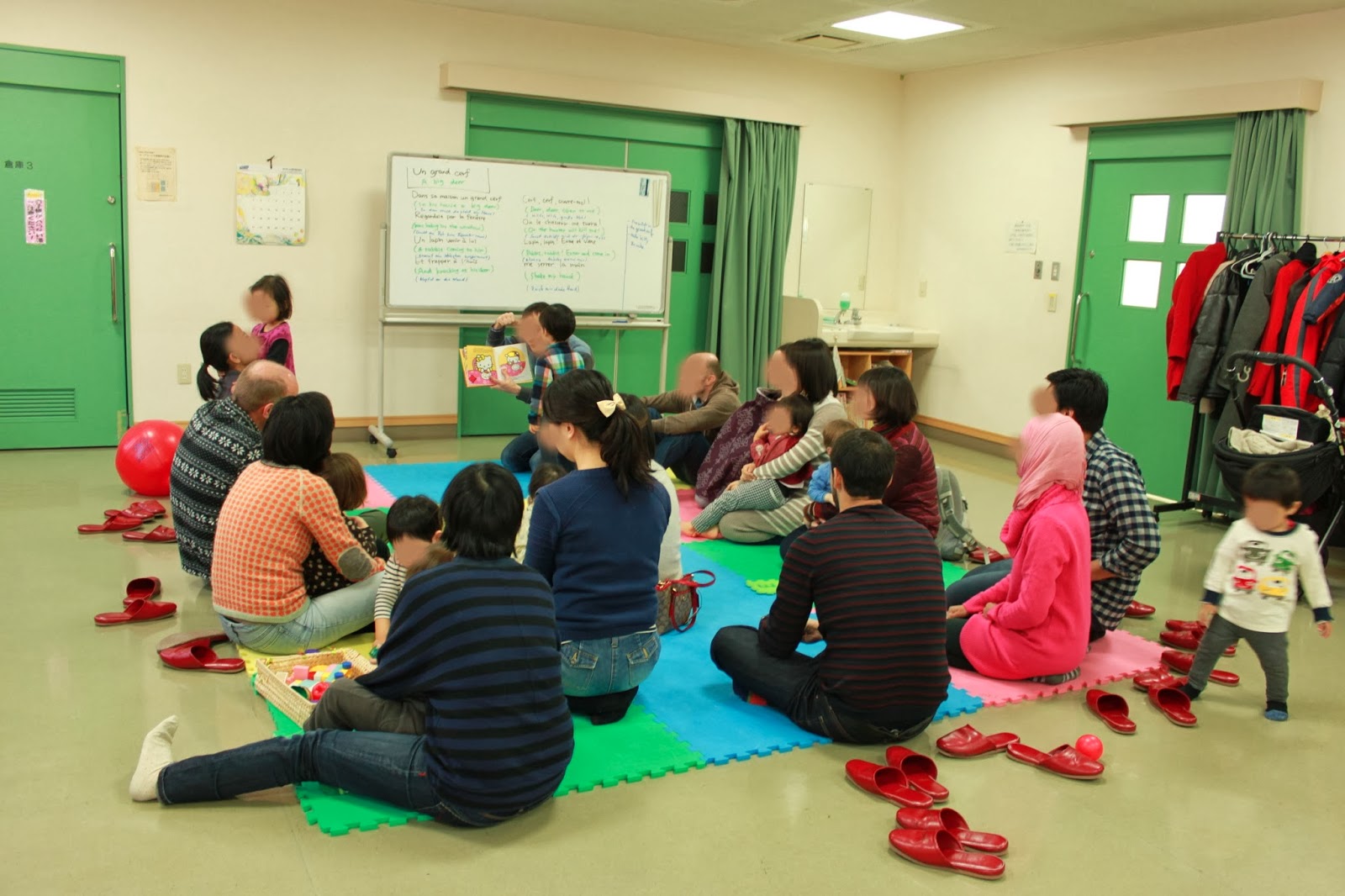 We prepared a brioche des rois instead of a galette so that younger children can taste it. 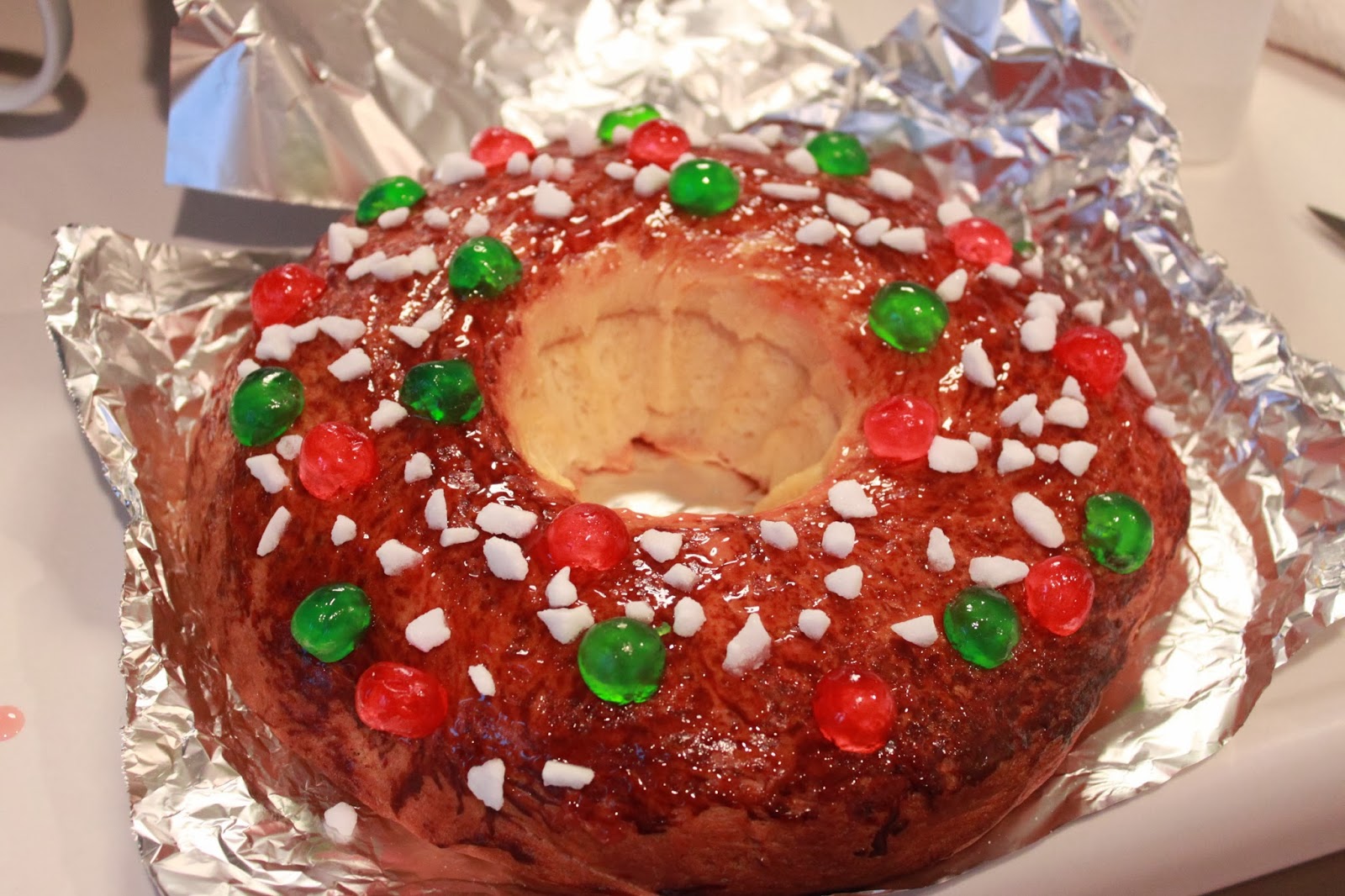 Inside the brioche, there was a piece of walnut as a fève… Normally, the youngest hide under the table to serve each piece of the cake to everyone, but as the youngest in the group couldn't speak yet, the oldest boy helped us serve the pieces. And a family from India got it and their boy became a king! Congratulations. And he chose another baby girl as a queen.

Thanks again for coming and see you next time!