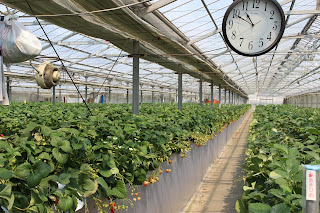 We visited Yumegaoka Farm in Izumi-ward, Yokohama, again on 19th March.
Unfortunately, some families couldn't make it for sick kids (lots of kids, even adults, fall sick in this season) . 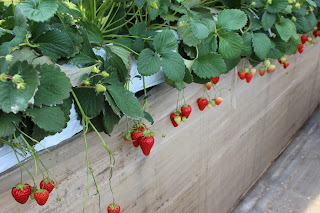 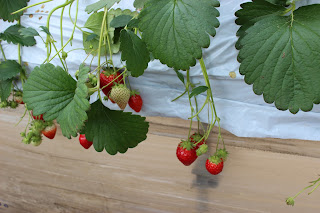 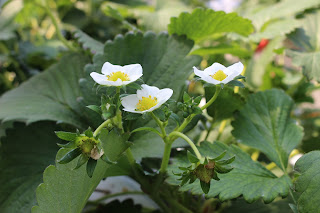 For 30 minutes, we continued eating strawberries!!

Since kids wanted to play, we walked to the river-side park in front of Izumi Chuo station (Sotetsu Line, next stop from Yumegaoka station).

As it was a beautiful Spring day, kids enjoyed playing in the water! 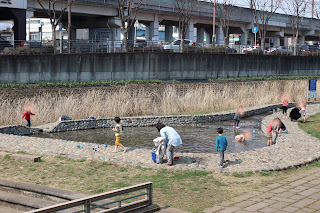 The park is just in front of the station: we the train runs on the bridge. There are a lot of cherry blossoms in the park, so it must be very beautiful in a week or two.

It was a wonderful outing!